Why the hell do you let them do it to you every time America? 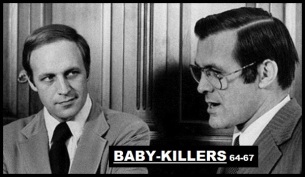 You didn’t know Nazi’s you financed in 1933 were Prussian?

You didn’t know Reaganomics was a Prussian asset-strip?

Now the treasonous illegitimate Prussian descent Knight of Malta Freemason’s have placed Odessa offspring all through your political system from the Secretary of State and the Attorney General and the Central Intelligence Agency Director Treasury Secretary and whatever else including all of your corporate media you may begin to feel that everything’s lost so you might as well just give up and give in to the Brownshirt mentality being enacted and effected by the Prusso\Masonic fascism that has used your tax dollars and stolen corporate wealth to do it’s dirty work since the Abe Lincoln Boss Tweed tax rort, the one they stepped up a notch from 1933 onwards when they used their Wall St asset strip to finance a Prussian descent Knight of Malta Freemason called Adolf Hitler to loot Europe’s gold for them while wrecking Europe, gold the Fed illegally borrowed in 73′ to finance a Reaganomics asset strip and Young Republican takeover by illegitimate offspring of Odessa and other World War Two Nazi’s, but not me America, not me…

I’m not much of a giver-upper myself, I’ll resign myself to a bad outcome yet I’m much more of a poor loser and won’t do so in good grace by any means, it’s just not the way my step parents had raised me to be, on a personal level that’s easy to understand once you place yourself in my shoes for a while and grasp the fact that these pigs brutally murdered my Russian born Finn birth mother and Ohio-born baby sister the very day we were born and our mother was tortured to death in that kabbalistic ritual murder these secretly Prussian descent ruling Freemason’s always secretly practiced, that’s those same evil pigs who get up and talk about their god to you at every election ~ But if you yourselves want to give up and roll over then that is of course your choice, and when they complete the next stage of their plan which will see half of America and 1\3rd of the world dead after a false flag attack then you can all salute the flag or jerk off or something, right?

They’ll probably kill you either way now, so what-up America?

Did you know how easy it was to do their identity-swap?

Your political system is rotten to the core America…

How the hell do you look yourselves in the fcuking mirror? 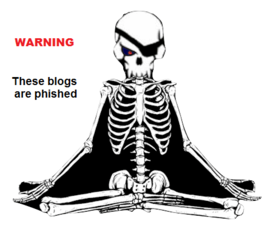 I'm 63, feel like that'd be 163 due to deteriorating health and a recent deliberate chemical adulteration aggravating a bowel-bladder tumour, used to be a minor Kung Fu nut once, still have a vicious sense of humour and a left hook from hell, don't tolerate fools kindly, especially lying fools, and seek either justice or death, with any other consideration needing to wait till I've either got justice or death, any questions will (Might) be answered by contacting me at Yankee.July@Gmail.com if you can get past the Patriot Act 4th Amendment abuse :-( View all posts by thediplomaticwhore

6 thoughts on “How dumb are you clown’s, really?”

This site uses Akismet to reduce spam. Learn how your comment data is processed.